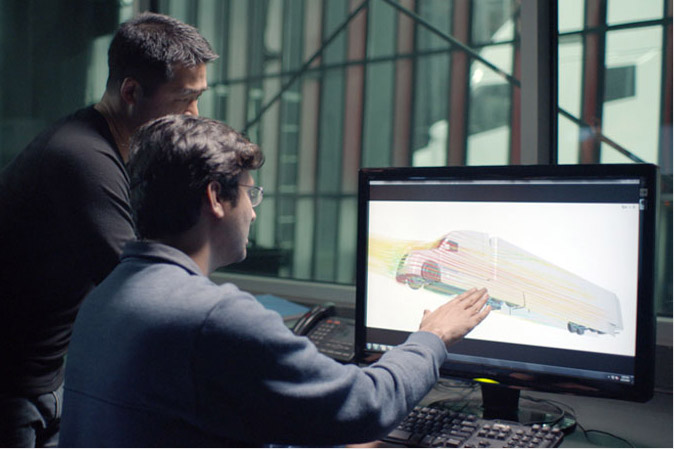 The Future. Five Years in the Making:

Meet the Most Freight-Efficient Concept Truck on the Planet 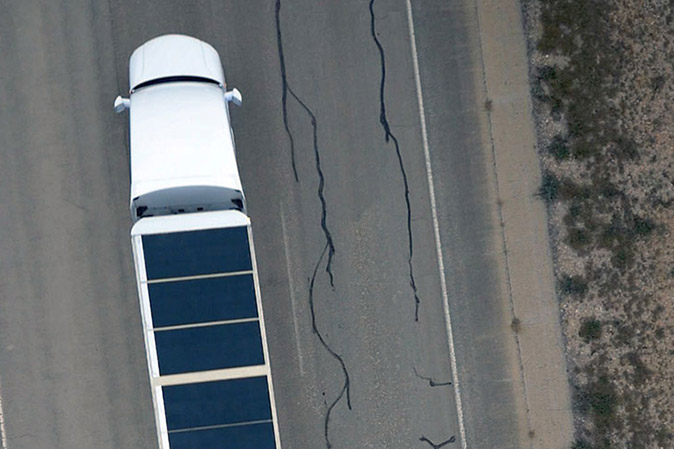 Goals: The U.S. Department of Energy Issues a Challenge

In 2009, the U.S. Department of Energy challenged truck manufacturers to push the envelope on experimental high-risk, high-reward technologies to develop and demonstrate a highly-efficient truck that is at least 50% more freight efficient. In addition, the SuperTruck Challenge also demanded the engine show at least 50% brake thermal efficiency. No easy feat.

The Freightliner SuperTruck is a showcase of innovation and efficiency. It’s also a prime example of what is possible when experts across Daimler, universities, national labs and partners unite with a common purpose.

Each team started with a clean slate, and nothing was off-limits for making the SuperTruck lighter, more aerodynamic and more efficient. From developing unconventional shapes to maximize aerodynamics, to testing various rubber compounds to create low-resistance tires, SuperTruck engineers worked relentlessly to achieve greater freight efficiency.

In an effort to meet the SuperTruck Challenge’s 50% goal while also keeping an eye on customers’ payback time and lowering their Real Cost of Ownership, engineers explored experimental, high-risk, high-reward technologies, as well as near-term technologies, to make the truck lighter, stronger and more efficient.

A Global Team: Working as One Across the Office, the Company and the World. 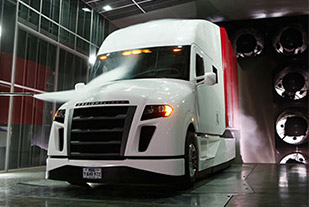 The Challenge called for Daimler innovation on a global scale. Daimler Trucks North America and Detroit® developed the SuperTruck engine, but over the course of its five-year development, engineers from the global Daimler organization, as well as some of the brightest engineers from prestigious universities and national labs from across the United States, were tapped for their expertise. 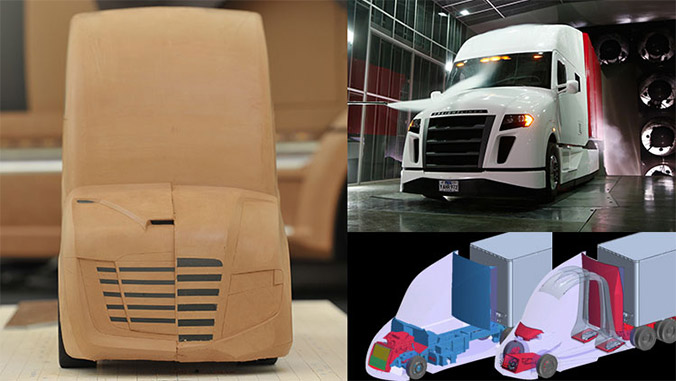 Aerodynamics: Shaped by the Wind to Avoid the Wind.

Traditionally, trucks are conceived by designers who sketch them out on paper, with an eye toward form, but the SuperTruck took an unconventional approach.

A 3D computer model was used to design the basic shape; using digital wind, aerodynamicists carefully refined the basic shape to make it more aerodynamic. After six months of analysis and countless computer simulations, the SuperTruck took shape, every curve and surface optimized to reduce drag and boost efficiency.

The Trailer: The Trailer Gets an Efficiency Overhaul

The SuperTruck Challenge presented a unique opportunity. For the first time, Freightliner engineers were tasked with making an efficient tractor and trailer.

Aerodynamicists always believed that optimizing the tractor and trailer is best done together, making one complete aerodynamic system, and the SuperTruck Challenge gave them the opportunity to test the theory.

Testing revealed significant drag occurring underneath and behind the trailer, so side skirts were added beneath the trailer to channel air past the rear wheels, and adjustable tail fins to guide air to fill the void behind the trailer. The results were astonishing: together, the optimized tractor and trailer design achieve an incredible 54% reduction in aerodynamic drag.

Shaping the Future: How the SuperTruck Took Form

After evaluating countless shape combinations, both digitally and in the full-scale wind tunnel, the team had to choose between two shapes, internally named Notional 3 and Notional 1.

Notional 3 formed the basis for the SuperTruck as it appears today; this shape features a fenderless aerodynamic form and accommodates a beefed-up cooling package under a large hood. Notional 1 featured a more aggressively reduced hood and smaller grille. To meet cooling demands, the cooling package in Notional 1 was mounted mid-chassis with a roof scoop to direct airflow. 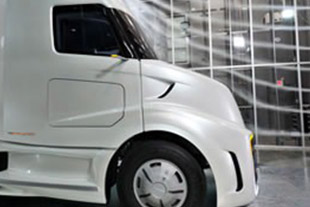 When the engineers decided on Notional 3, they quickly began testing the shape. The team continued to refine Notional 3’s shape in scale model testing, in an effort to make it as aerodynamic as possible. 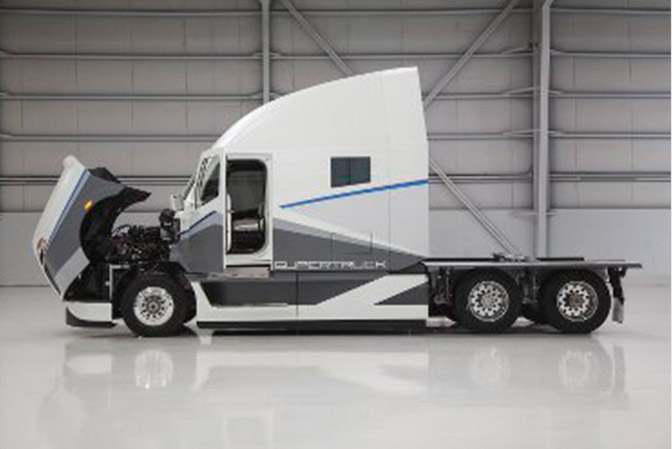 Chassis: Built to Carry the Future of an Industry

At first glance, the Freightliner SuperTruck may look ordinary, but in addition to the all-new powertrain, cab and exterior, the chassis was completely redesigned from the ground up.

Engine: A Next-Generation Engine from the First Name in Engines

Part of the SuperTruck Challenge pushed manufacturers to create an engine capable of delivering 50% brake thermal efficiency. The SuperTruck engine hit the mark, in the form of a downsized and downsped 10.7-liter engine, a hybrid system, a Waste Heat Recovery (WHR) system, along with a host of other upgrades. From top to bottom, the SuperTruck is an extreme example of what can be done in the pursuit of peak efficiency. 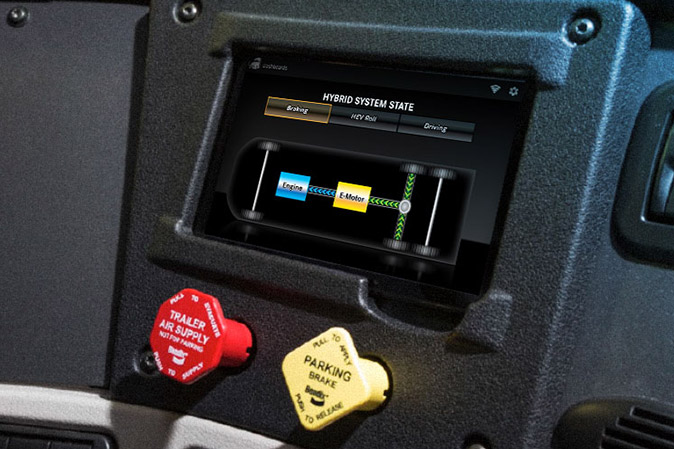 When you set out to make a highly efficient engine, it helps to start with a highly efficient heavy-duty engine platform. A prototype 10.7-liter engine powers the SuperTruck, sized to match an efficient vehicle and optimized to work with the truck's hybrid and Waste Heat Recovery systems.

Significant enhancements were made to the SuperTruck engine's combustion design, turbocharger, piston kit and control system to squeeze out every last bit of performance and efficiency to meet the daunting goal of 50% brake thermal efficiency.

The smaller engine contributes to the truck's overall freight efficiency goal, and the torque curve and fuel map have been specifically optimized for downsped powertrain operation. In the end, the SuperTruck engine exceeded the target by measuring 50.2% brake thermal efficiency.

Note that while Waste Heat Recovery is an innovative SuperTruck technology, challenges remain in the areas of vehicle and engine integration tradeoffs, working fluids, and cost and maturity. 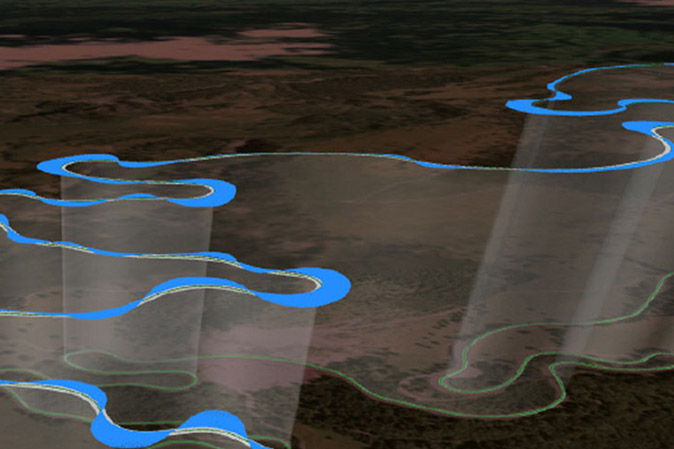 The SuperTruck's many innovations are efficient in their own right, but with innovative energy management-optimized hardware and software, the entire truck becomes more efficient, not just in simulations or wind tunnels, but in the real world, too.

Solar panels run the length of the top of the SuperTruck's trailer, helping to charge the hybrid battery, which in turn powers the eHVAC system. On a sunny day, the panels can provide enough energy to run the AC system continuously without the engine running.

The SuperTruck's hybrid system takes kinetic energy generated from downhill braking to charge its battery. Making the system even more efficient, eCoast technology senses downgrades or when the truck is about to crest a hill and automatically shifts the drivetrain into neutral. This reduces friction and increases efficiency and fuel economy.

Normal trucks' HVAC systems run off of energy created by the engine. That means a 455-hp engine is using expensive fuel to run a 2-hp compressor. The SuperTruck's AC system runs entirely off the electricity powered by the hybrid system. Because of this innovation, drivers can run the AC for over an hour without turning the engine on, resulting in significant reductions in fuel consumption. 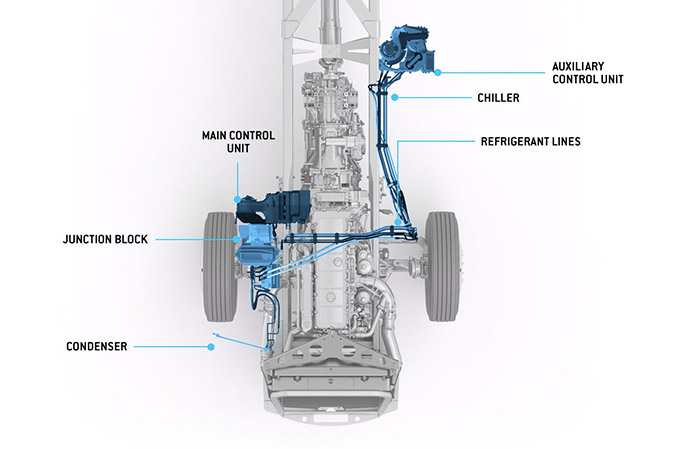 Interior: As Innovative on the Inside as the Outside

Like the exterior of the truck, no detail was overlooked in the cab’s development. Engineers and designers examined lightweight materials, design and manufacturing methods; the team considered several interior concepts and spent countless hours looking for ways to make the interior as lightweight and efficient as the exterior.

THE COLOR OF FUNCTIONALITY: Throughout the gleaming white sleeper are flashes of yellow. These points indicate functionality to help the driver become more efficient, whether the driver is behind the wheel or in the cab.

CONTROLLING THE FUTURE: The SuperTruck's cab should look and feel every bit as futuristic as it performs. Virtually all electronic systems – from recessed LEDs that can display millions of colors to a hidden entertainment system – are controlled via multiple touch-screen tablets located throughout the cab.

LIGHTWEIGHT MATERIALS: The SuperTruck's sleeper cab is a showcase of lightweight materials. From the carbon fiber cabinets to the innovative mattress construction, all the materials have been carefully selected to minimize weight and maximize efficiency.

BUILT FOR BUSINESS AND COMFORT: While it minimizes weight, the SuperTruck's cab also maximizes space. The bunk folds up to reveal a desk with three seats. The passenger chair swivels 180-degrees, so drivers and passengers can work, live and drive comfortably, whether parked or on the road.

Partners: There’s no I in team. But there are lots of partners.

Special thanks to the U.S. Department of Energy, which co-funded the program. Without them, there would be no Freightliner SuperTruck.

The Freightliner SuperTruck wouldn't be the record-breaking vehicle it is without support from many different partners.