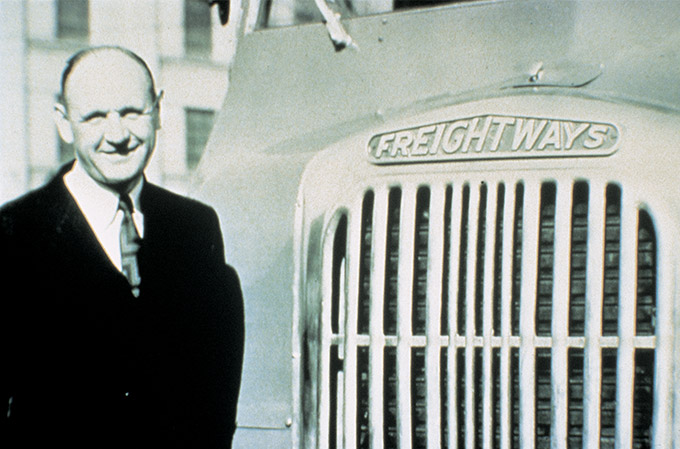 Founded in 1942 on principles of innovation and customer satisfaction, Freightliner Trucks began with Leland James’s idea to build truck components with lightweight aluminum rather than traditional steel. James’s innovative concept was initially met with resistance and skepticism, but he was determined to make his idea a reality. He hired a team of engineers and built the first Freightliner® truck.

The Eastern Freightliner debuts. The B42 tractor is designed to haul a single semi-trailer. For $15,871, Freightliner sells its first transcontinental cab-over sleeper, capable of hauling a 35-foot trailer. 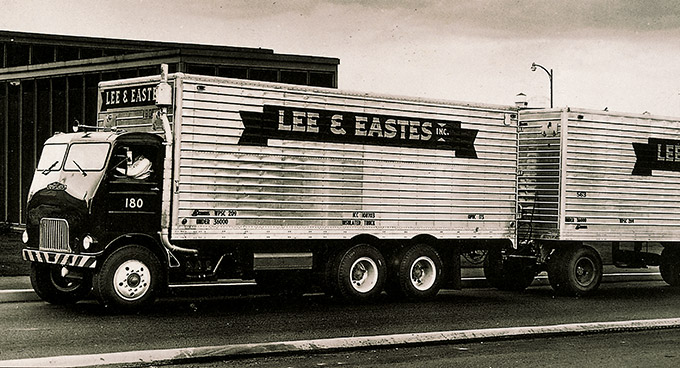 Freightliner introduces the first overhead sleeper, model WF64, optimized for long-haul applications while meeting restrictive length laws in place at the time. An alternative-fuel truck capable of using gasoline, diesel or liquefied propane, the WF64 is well ahead of its time.

Freightliner builds the WFT5366 AWD Cane Hauler for Hawaii, with a GCVW of 76 tons, specifically designed to haul sugar cane.

Freightliner introduces its flagship Powerliner, a truck with a massive 2,000-square-inch radiator and 600-horsepower engine. 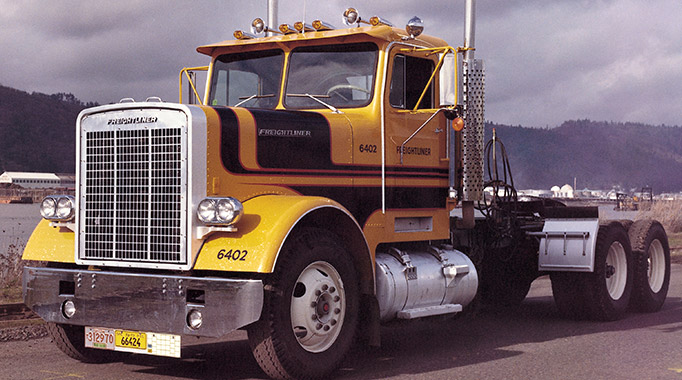 Freightliner’s proprietary AirLiner suspension gives drivers a new level of comfort, cushioning the cab with airbags built into the suspension. It becomes the best-selling air suspension of all time.

The Freightliner® FLD Classic is introduced to market for the owner-operator desiring a traditional-appearing truck. 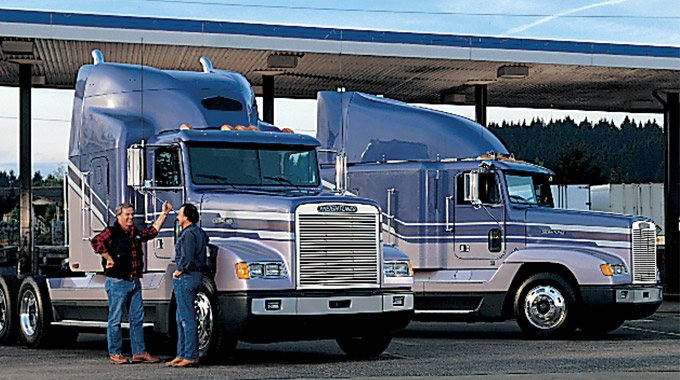 Manufactured for the medium-duty market, the FLN Business Class truck offers improvements in visibility and maneuverability for the vocational truck buyer.

Combining the spaciousness of a conventional cab and the maneuverability and visibility of a cab-over-engine (COE), the Argosy incorporates the first flat-floor design in a COE. It also offers the industry’s first electronically assisted articulating steps, making it easier to get in and out.

Freightliner introduces the Business Class M2, offering the strength of steel with the lightweight corrosion resistance of aluminum. 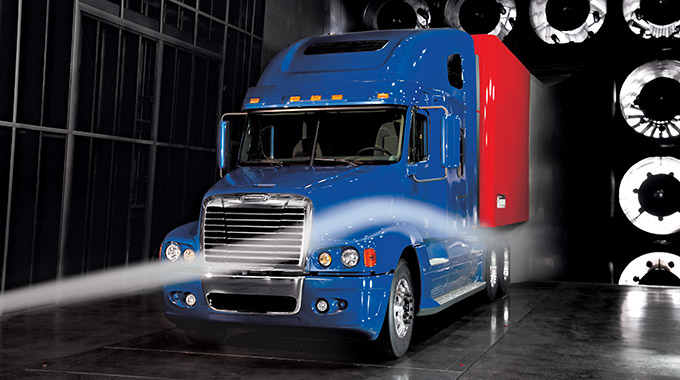 Developed to highlight not only existing technologies, but also to preview what customers could expect in the near future, the Freightliner Cascadia Innovation Truck is revealed at the Mid-America Trucking Show.

The Freightliner Revolution Innovation Truck concept vehicle appears at the Mid-America Trucking Show, featuring a revolutionary crossover cab with cutting-edge ergonomics and a driver’s jump seat that transforms into a sleep space in seconds. The Freightliner Cascadia Evolution is introduced, setting a new standard for reducing RCO.

The Freightliner SuperTruck is unveiled at the Mid-America Trucking Show, smashing a goal set by the Department of Energy by increasing freight hauling efficiency by 115 percent. The Freightliner Inspiration Truck becomes the first licensed commercial truck to operate in autonomous vehicle mode on open public highways in the United States. 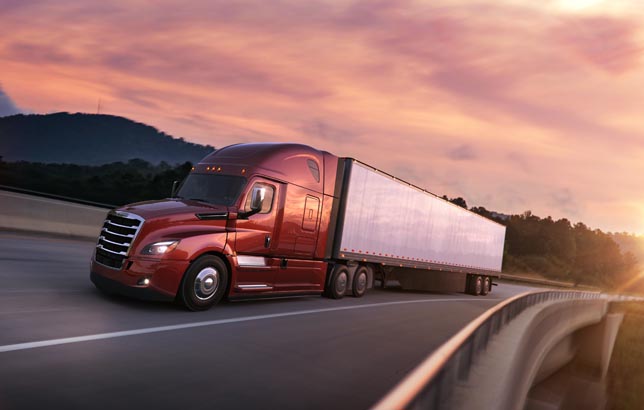 Elevating the class-8 driving experience for increased comfort and driver retention, the Cascadia is released to the general public, ushering in a new era of on-highway trucking efficiency and uptime—driven by inspired science and the integrated Detroit powertrain.

Lowering every customer’s Real Cost of Ownership by focusing on superior quality, fuel efficiency, uptime, safety, connectivity and driver experience, the Cascadia is poised to take an industry by storm.

Enhancing the best elements of the successful Cascadia line to create the definitive Cascadia experience, Freightliner increases fuel efficiency by eight percent over the previous model.