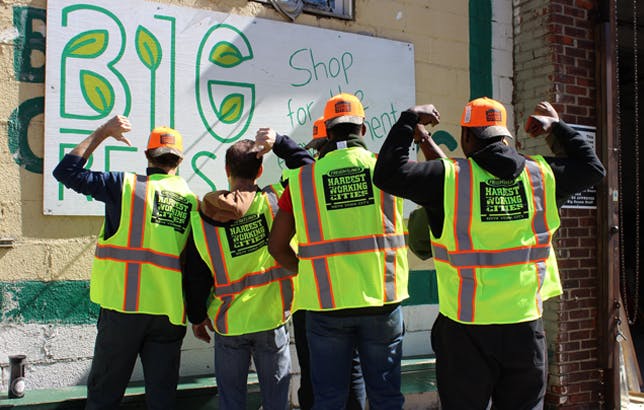 In 2016 we celebrated New York City, Edmonton and Seattle with successful awards presentations and cool job site visits, but what really made this year special was talking to the people who work there and sharing their stories.

We talked to men and women of all ages, backgrounds, and cultures, but we couldn’t help but notice common traits among many of them. Here are the most popular themes that came up in their stories about hard work:

1. They started working when they were young.

Elliott Chan from Edmonton started out delivering newspapers for $30 biweekly when he was in the seventh grade. Champion drag racer Matt Hagan worked in his father’s pawn shop when he was a kid. And Alejandro Garcia from Seattle worked at his family’s restaurant in Oklahoma from 7 a.m. to 11 p.m. when he was in high school.

2. Their family members taught them the meaning of hard work.

Mark Bryson from Indianapolis was inspired by his grandfather, who worked in an iron foundry for 50 years. Robyn Rollison from Edmonton says she’s motivated by seeing her parents get up every morning and work hard to provide for her and her sister. While Noah Stern from Indianapolis says his goal is to be able to support his mother, who first started working at 14 years old.

3. They are passionate about their jobs and love to get their hands dirty.

Veronica Dougherty from New York City is motivated by her like-minded, service-oriented coworkers. Anthony Le from Seattle geeks out over the amount of food in his warehouse at Food Services of America. Ashley Smith from Edmonton enjoys working outdoors rather than in an office environment. And Paul Nicosia from New York City said he often loses track of time because he loves his job so much. He never sits down — not even for lunch.

Visit our blog, Behind the Hard Hat, to read more motivating hard-work stories, and catch up on the latest Hardest Working Cities news on our website.