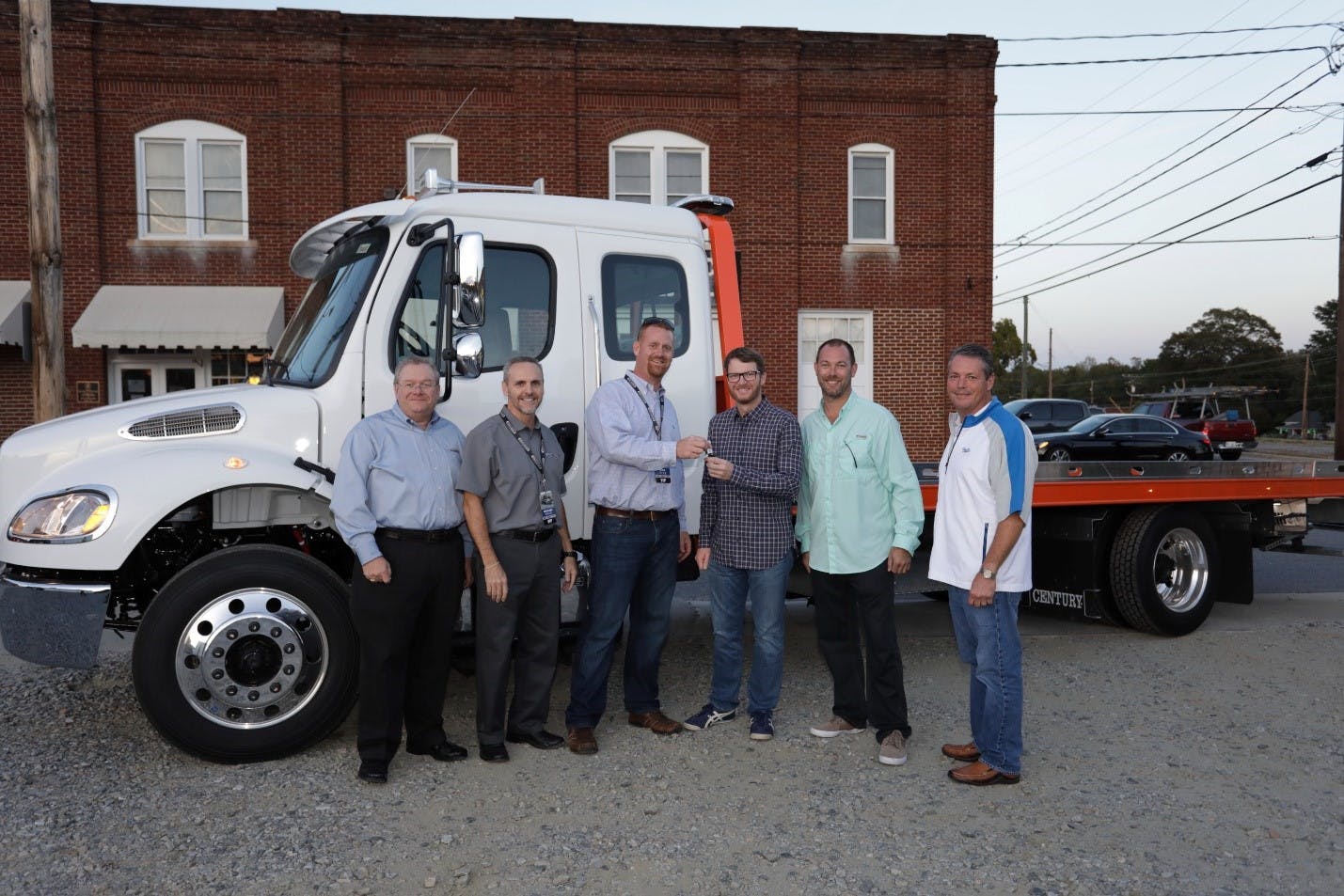 Miller Industries is a second-generation towing and recovery equipment manufacturer founded in 1990. The carriers they build — up to 30 feet in length with deck capabilities of up to 40 thousand pounds — are such high quality that both the late Dale Earnhardt Sr. and Dale Earnhardt Jr. have trusted them with their NASCAR fleets.

“We call it the low center of gravity carrier,” said Kipp Felice, VP of marketing at Miller Industries. “It provides better stability, a better loading angle, and increased operator safety because you’re able to reach further on the deck from the ground. The truck also has a Right Approach™, where the rear third hinges so you can get an even lower load angle of six degrees. This allows you to get cars up on the carrier without any planks or race ramps.”

Felice said Miller likes the Freightliner M2 106 because of its low chassis frame height, which keeps the carrier close to the ground, good visibility with a sloped hood, low-profile dash and 2,500-square-inch windshield, and strategically placed grab handles for easy entry and exit. The M2 106 also provides excellent maneuverability with a 55-degree wheel cut and swept-back bumper.

Dale Earnhardt Jr. received his car carrier at a special dinner on October 25th with both Freightliner and Miller Industries officials present. He is NASCAR’s 14-time Most Popular Driver and winner of more than 40 NASCAR-sanctioned races.

“We’re a generational industry,” said Felice. “Most towers are second or third generation, our company has a second-generation owner, some of the brand names we manufacture, such as Holmes, are 100 years old, and now we’ve worked with first- and second-generation NASCAR racecar drivers Earnhardt Sr. and Jr.”