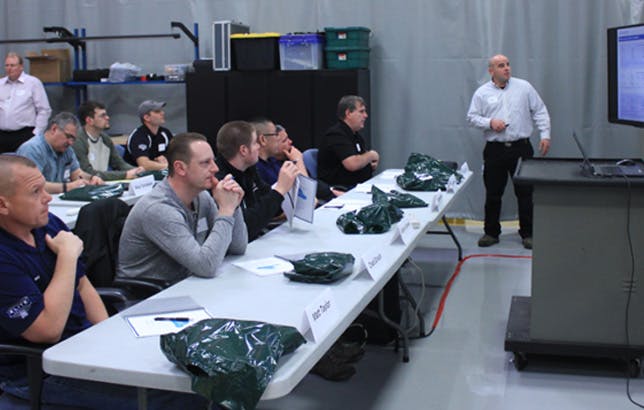 While designing the Cascadia, Freightliner hosted two Tech Week events where top technicians in North America were given a sneak peek of the new truck and were asked to provide feedback on its serviceability. Their comments and input resulted in technician-friendly changes to the design of the Cascadia.

“We wanted to get information and feedback from the folks who work on trucks all the time, and incorporate that into the design process,” said Greg Nightingale, the aftermarket new product development manager at Daimler.

The first Tech Week event in 2015 included a 72-point inspection of the current Cascadia® compared to the Cascadia prototype built for the event, classroom work, and mock repair procedures using the new components. Technicians provided feedback that was presented to the chief engineers at Freightliner.

“The initial feedback on the design was really positive,” said Nightingale. “The technicians had some ideas to make it even better, and they were very willing to be a part of that process.”

Here are some of the changes that were made to the Cascadia based on technician feedback:

In the second Tech Week in 2016, technicians reviewed and validated the changes made to the Cascadia based on their feedback. Freightliner also hosted a competition where technicians were split into teams, tasked with finding purposely placed bugs in the Cascadia’s electronic system, and then fixing them.

Based on the success of Tech Week, Nightingale says Freightliner will continue including technicians in its product development. “Technicians have a wealth of information. It’s been a real positive message, and it’s certainly been a central theme in the rollout of the Cascadia.” 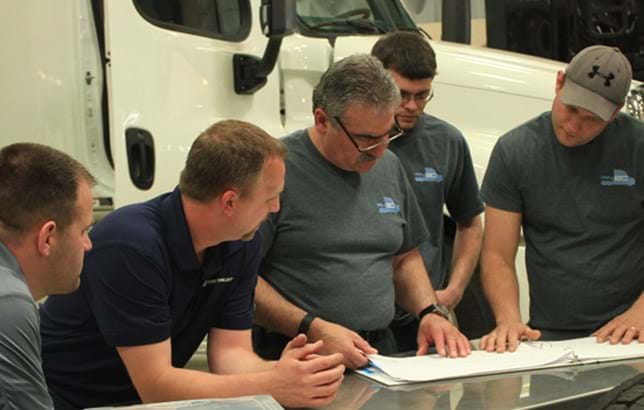 Technicians working on the Cascadia during Tech Week.