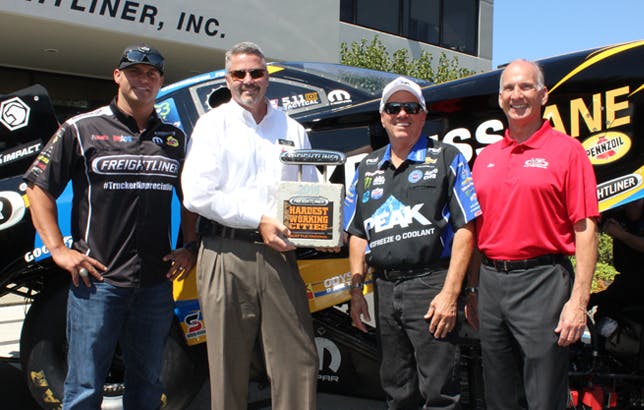 It turns out there’s a reason there’s a coffee shop on every corner in Seattle — it’s fueling a strong construction and manufacturing workforce. And that’s why Seattle-Tacoma was named the ninth Freightliner Trucks Hardest Working Cities recipient.

The workers in Seattle-Tacoma have a lot to show for their long hours: the $470 million Seattle-Tacoma International Airport renovation, WSDOT’s I-5 overhaul and Port of Seattle’s expanded international arrivals facility. In addition, Seattle-Tacoma is among the top 20 percent of metropolitan areas in North America for contribution to gross domestic product. And for that, we thought they deserved a big thank you.

Freightliner Trucks visited job sites as part of the award celebration to bring workers meals to fuel their days, including breakfast burritos and deli sandwiches, and Hardest Working Cities swag they could wear with pride. Job sites included Potelco, Food Services of America, and Miles Sand and Gravel.

One of the workers we spoke with was Anthony Le at Food Services of America. Here’s his story on how he got into this business of hard work:

“Seattle is experiencing a lot of growth right now, the economy is boosting up, and so I came here to find a new life. I started out as a flight attendant, but I felt like that job wasn't for me. I've been working for Food Services of America for 17 years and I really like it. I enjoy driving the forklift, but my favorite thing about this job is the food. Between receiving, shipping and picking, you can't imagine how much food is in our warehouse.”

See more stories from hard-working men and women in Freightliner Trucks Hardest Working Cities on our blog, Behind the Hard Hat. 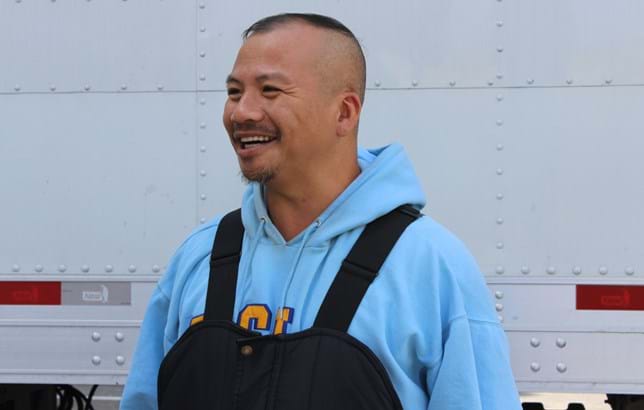 One of the workers we interviewed on job sites in Seattle-Tacoma.