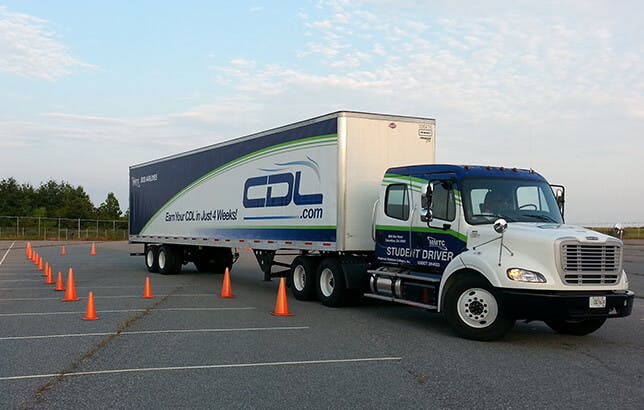 "It’s been flawless. [The Warrior of the Ribbon] is the most powerful tow truck in our province right now. The operator loves it. It has an automatic transmission so it reduces fatigue for him. It’s pure luxury to drive." — Graham Warner, President of Warner Industries.

“My wife has proven eight times now that cancer is not a death sentence,” said Graham Warner, president of Warner Industries. His wife, Dionne, was the inspiration behind the 43,000-pound pink and purple tow truck, named “The Warrior of the Ribbon.”

Graham started Warner Industries with his father and six employees as a service and repair shop in 1981. Since then, he has expanded his company to more than 300 employees in Manitoba and Saskatchewan. He added towing and recovery to the company’s offerings to improve customer service for truckers in need of assistance on the road.

When it was time to add a new tow truck to the fleet last year, Warner decided to use it as an opportunity to further his wife’s cancer fundraising efforts, share her incredible story and illustrate his company’s culture of fun, caring and friendly people.

“It definitely was to honor my wife, first and foremost,” said Warner. “I’m a romantic.”

Their serendipitous love story began 34 years ago when they met at a Freightliner training seminar in Toronto. Although they were just work acquaintances at the time, 16 years later they found themselves single, and Warner says he planned his marriage proposal after their second date.

Dionne has faced eight cancer diagnoses, which she has tackled head-on with a fiercely positive attitude. She serves as a motivational speaker, and the couple is known for attending chemotherapy treatments each week dressed in different costumes to lighten the mood and inspire other patients.

The unveiling of the brightly-painted tow truck earlier this year went viral in local and national media, which the couple never expected. It has become a symbol of hope for both cancer patients and people at the scenes of devastating accidents.

Despite the media attention, Warner made it clear that The Warrior of the Ribbon is still a working truck. “It’s been flawless,” said Warner. “[The Warrior of the Ribbon] is the most powerful tow truck in our province right now. The operator loves it. It has an automatic transmission so it reduces fatigue for him. It’s pure luxury to drive.”

The Freightliner® 122SD is equipped with numerous safety features to keep operators comfortable during long shifts. The dashboard is designed with frequently-used controls in easy reach, and LED backlit gauges reduce eye strain at night. The chassis is also extremely tough, which makes it a natural fit for towing and recovery services. It has a tensile strength of up to 120,000 psi and an RBM ratio of up to five million inch-pounds per rail.

In addition to performing its daily duties, The Warrior of the Ribbon has provided the couple with more opportunities to participate in breast cancer awareness and fundraising programs, including a breast cancer survivor calendar featuring the truck and an event called “Tug for Tatas.” For this event, women competed in teams to pull the truck 100 yards with nothing more than their physical strength. The winning team was just three women, which is no easy feat given they had to move a 43,000-pound tow truck.

The Warrior of the Ribbon took eight months to build, paint, and letter, including a body installation by Miller Industries. Warner confessed that during this time, he had to ensure the operator that no one would make fun of him for driving a pink truck.

“To my prediction, not a single person has laughed at him,” said Warner. 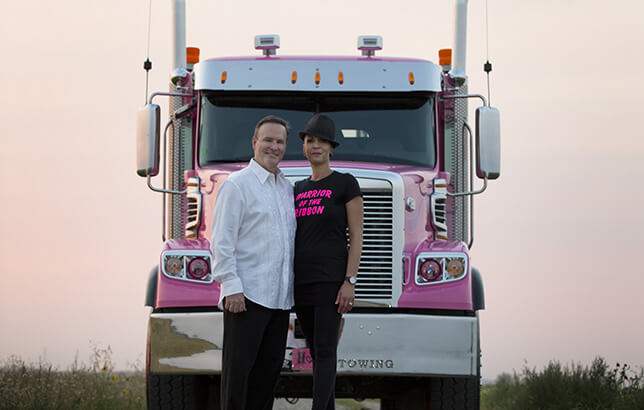