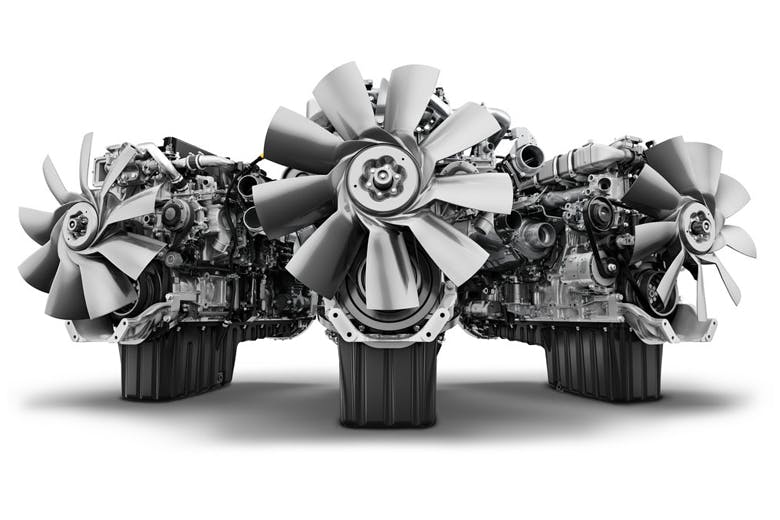 Semi-truck engines have greatly evolved over the years, changing the landscape of transportation for the better. Long gone are the days of hand cranking and simple automatic starts; today’s semi-truck engines offer the most advanced green technology and mile marker performances that surpass previous models.

Some of the best semi-truck engine options include Detroit® Engines available across a wide range of Freightliner models. Next-generation engineers have designed advanced engine infrastructure that provides up to 600 horsepower and 2050 pound-feet of torque, allowing for the most challenging hauling, mixing, pulling and dumping applications. Aside from the Detroit’s heavyweight status, their engines represents sought after features not found under other truck hoods. From electronic engine control to turbo compounding, the Detroit is built to boost uptime, improve safety and maximize operation investment distribution. As regulations continue to occur, rest assured that all new Detroit engines are compliant with 2014 Greenhouse Gas (GHG14) requirements.

The best semi-truck engines are able to decrease exhaust emissions without sacrificing the power needed to merge on the highway, change lanes and pass traffic. And the Detroit engine family is no exception. BlueTec® SCR emissions technology is engineered for Detroit engines so business can remain productive while truck operation yields less fuel burning. The Detroit semi-truck engine series meets current government standards, including compliance with the GHG14 (Greenhouse Gas) and 2013 OBD (OBD13) regulations.

Integrated braking advancements are a standard for Detroit semi-truck engines. Boasting three levels of braking capabilities, this braking system delivers safer, quieter braking power. Drivers can turn on their Jacobs® Engine Brake while in transit for a more peaceful stop while traveling late at night or for more controlled stopping power in downhill areas.

Factory installed Virtual Technician comes standard on all Detroit engines. This onboard diagnostic system takes the guesswork out of engine repair. If the check engine light should come on, the information is sent to you and to Detroit Customer Support Center where a trained representative can diagnose the issue (should I continue driving or should I pull over?), recommend service, and put you in touch with the nearest dealer.